I can’t believe I'm alive. Doctors told me that having survived the accident I should have been paralysed from the neck down.

To his family, Andy Hussey is undoubtedly one in a million. Having survived a broken neck he is also, in medical terms at least, one in three hundred thousand.

Andy was on a routine nightshift when he and a colleague were called to reports of a man trying to commit suicide in the harbour. Another officer had got into the water to help the man but became involved in a struggle with him. Seeing his colleague was in difficulty, Andy didn’t think twice about diving in to save him. 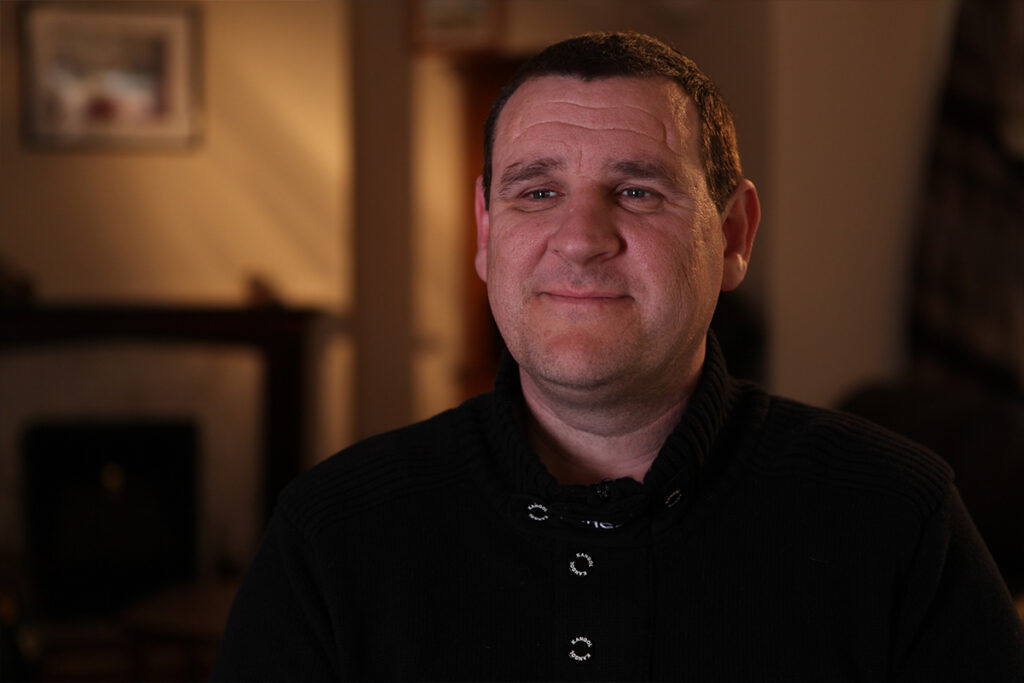 “I hit something in the water and I couldn’t move. I was paralysed. About thirty seconds I was under that water…and thought this is it, the end.”

Andy was rushed to the hospital where it was revealed he had broken his neck in eight places, dislocated various vertebrae and burst some of the discs in his spine. Despite being in pain and suffering mobility problems, Andy considers himself to have had a lucky escape.

“I can’t believe I am alive. Doctors told me that having survived the accident I should have been paralysed from the neck down. Apparently, only 1 in 300,000 people survive those sorts of injuries.”

Andy retired from the police due to his mobility problems. He was determined to get on with life but soon found the things he needed to help him deal with his injuries went beyond the scope of his pension. After being encouraged by his force Welfare Officer, Andy reluctantly approached Police Care UK for help.

The charity gave Andy a grant which enabled him to buy a special bed that reclines and lifts. Because of the pain in his neck Andy finds it difficult to get a proper nights rest so this adapted bed allows him to get a few hours of sleep. Police Care UK has since helped with other specially adapted furniture and a shower; all of which have made a huge difference to Andy’s quality of life.

“The relief I felt when [they] said they could help was amazing. To people who don’t want to ask for help I would say, no-one is going to think any less of you for asking. If I hadn’t taken that step I wouldn’t be living where I am now. I don’t know what I would be doing.”

When Robert was found dead in his flat, Elizabeth’s first thought was ‘how do I tell my children’?

I am Anna Palfrey, a detective in Thames Valley Police. In September 2018 my partner Tom Dorman was hit by a car whilst on duty and, as a result of his injury, lost his leg below the knee.